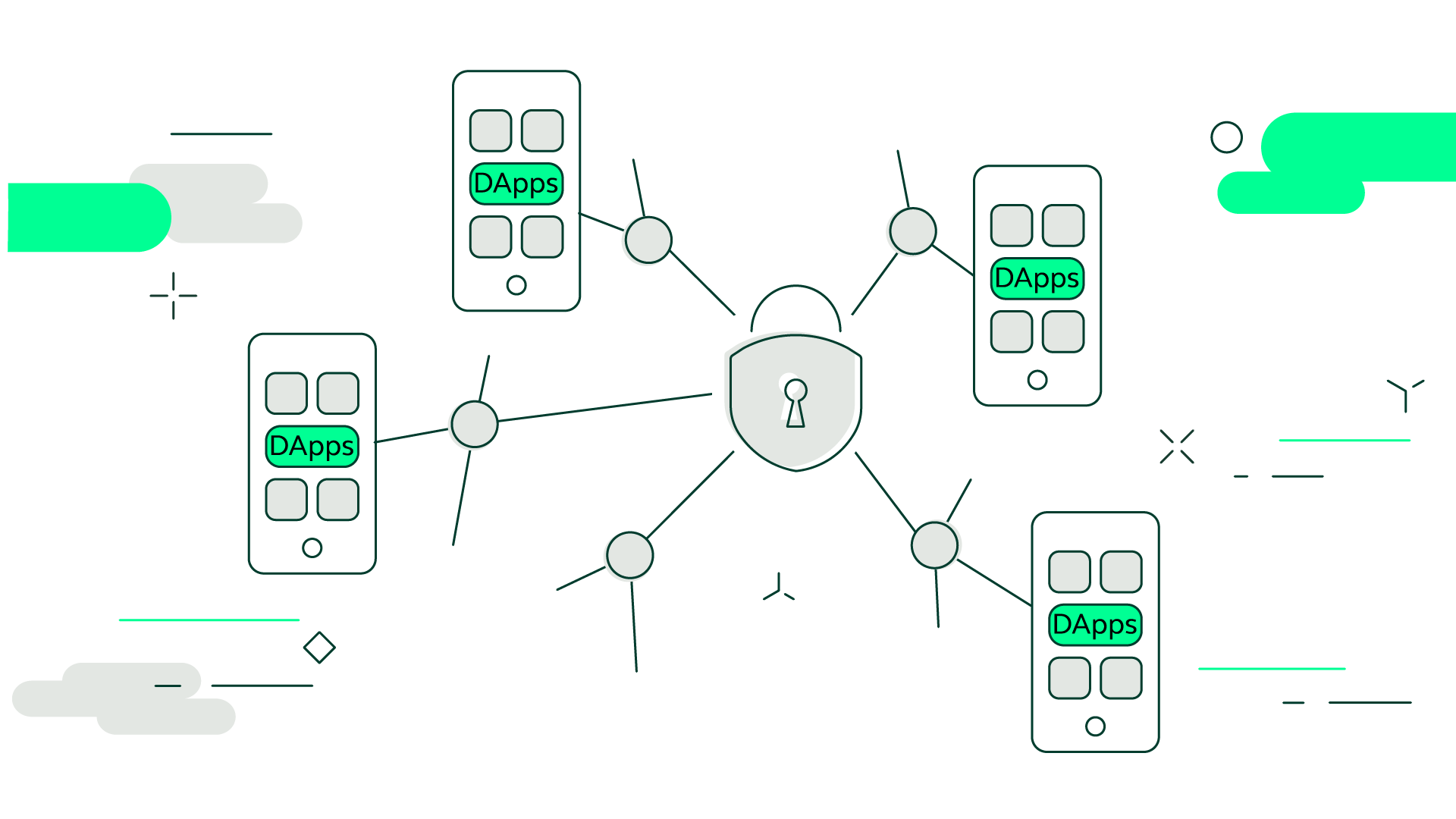 At first glance, dapps are indistinguishable from traditional applications. You can access them through an interface on an electronic device, but instead of the interactions being written onto your device or a central server, they are deployed on a network of independent nodes powered by blockchain technology.

Dapps have been popularized because they effectively reap the benefits of blockchain. They provide a direct connection between providers and users, escape all possibility of censorship and remain online indefinitely.

What is considered a dapp?

As the concept of dapps is fairly new, there are various definitions of what a dapp is. However, generally speaking, a dapp should include certain attributes.

The primary distinctive feature of any dapp is that it’s decentralized. This means that all records of operation and dapp transactions are stored on a decentralized public ledger. Dapps run on blockchain or blockchain-like peer-to-peer networks that have no central server. The blockchain makes the dapp accessible to all participating nodes.

Since a dapp basically works like a multitude of transactions on a blockchain, this incurs operational fees. On top of whatever costs interactions with the dapp incur, some crypto always needs to be paid as fee for the miner to write the changes in the blockchain. When it comes to Ethereum dapps, ether is used to cover these expenses.

Dapps have the potential to provide trustless interaction by connecting users and providers directly, without the need for any third-party involvement.

Dapps are designed to avoid any single point of failure. They are distributed on a public ledger that makes it very hard to hack or shut down the application.

How do dapps work?

The front end of a dapp works exactly like a traditional website. The core difference is in the back end, where the code enabling the website to function is not stored at a single point on a server, but in a blockchain, on a distributed network. A dapp’s back end is written in a blockchain as a series of transactions (in a similar way to smart contracts).

What are the benefits of dapps?

Because of their decentralized nature, dapps can change the way we look at data ownership. Dapps can create an environment where ownership of data is given to those who create and post that data. This is good for the general user, as it prevents big corporations like Google and Facebook from having a monopoly on data ownership.

Dapps can also improve digital security. Since they are based on blockchain technology, they can avoid any single point of failure. The distributed nature and the cryptographic protocols of the blockchains that store these dapps create a means of insurance against theft and data corruption.

Ethereum is a popular platform for creating decentralized applications.

The Ethereum platform hosts a large number of dapps. They range from decentralized exchanges, storage and insurance providers, to causal games. Miners charge a fee equal to the amount of gas required to write a dapp into the blockchain, and gas is paid for with Ethereum’s native cryptocurrency, ether.

An easy way to obtain ether is to trade it for traditional money at a fiat-to-crypto exchange. Bitstamp is one of a handful of exchanges in the world that supports trading USD or EUR for ETH.