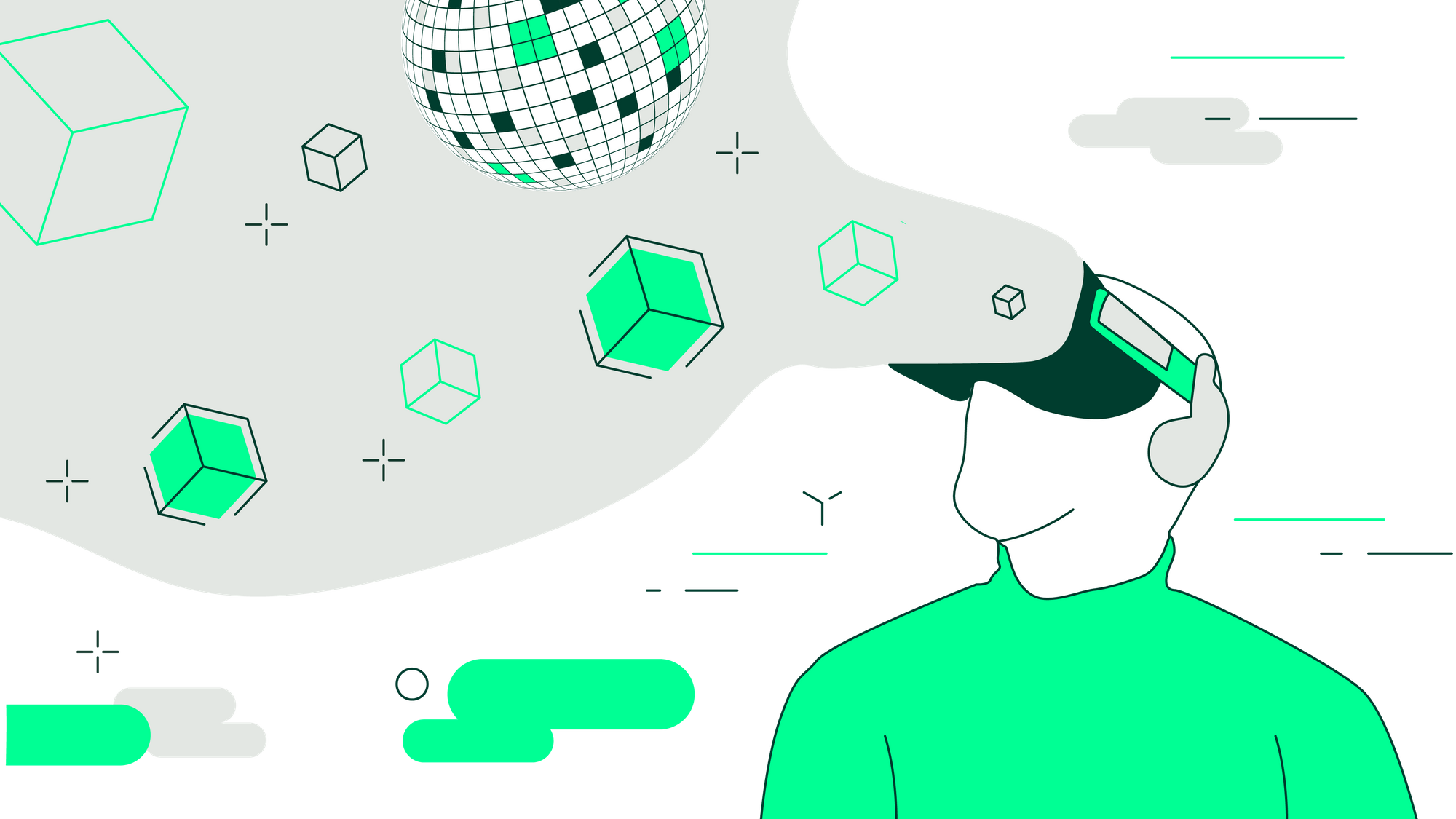 The concept of extended reality (XR) is not new. In 1838, an English scientist named Charles Wheatstone described a device that could show a three-dimensional image to its user. This led to the creation of the stereoscope, which used mirrors and glass lenses to create the projection, a concept that is still used in 3D technology today.

However, the advent of computers accelerated our ability to simulate alternate, fictional, and projected realities, making them richer and feel more like real life. From the 1950s through the 1970s, inventors experimented with early forms of virtual and augmented reality technology for use in film, video surveillance, and military operations. These included some of the first head-mounted displays (HMDs), like the Sword of Damocles game.

Thanks to its dependence on sensory stimuli to reproduce lifelike experiences, the cornerstone of extended reality is its immersive technology.

The audiovisual systems that exist today, such as the familiar VR goggles, were evolutions of the HMDs from the 20th century. Large theaters with wraparound screens (such as the IMAX theater) or AR glasses (like Google Glass) are also versions of this type of technology.

While most XR systems use audiovisual stimuli, it is worth mentioning that as technology has advanced, platforms have incorporated other senses including touch, smell, and even taste. One example of this is the prototypical “4D attractions” at theme parks, where the seats move, and smells are infused into the room to enrich the experience.

While auditory stimuli can be produced by surround sound speaker systems or headphones, touch can be simulated using handheld or wearable haptics. These include gloves or suits that provide sensory feedback through vibration or pressure.

What is virtual reality?

In virtual reality (VR), users dissociate from the real world entirely and are transported to a digital world through headsets, goggles, or other devices that allow them to be completely immersed in their experiences. The intention with VR is to block out stimuli from the physical world so senses can be fully simulated.

Virtual reality is one of the main ways that people experience the metaverse, both through gaming and social interaction. Because VR requires full detachment from the real world, avatars are employed to represent the users digitally. In these settings, VR also provides the opportunity to create vast, creative, and sometimes unrealistic worlds for entertainment purposes.

What is augmented reality?

In augmented reality (AR), computer-generated graphics are combined with what users can sense in the real world. Whereas VR relies on the separation of real and virtual content, AR embraces and intentionally blurs the lines between the two.

This can be done by representing real-world objects digitally, or by projecting digital objects into a real space. Therefore, the technology used in AR is similar to VR, but it allows the user to see and hear their surroundings so it can augment them with digital substance.

AR can be instrumental in education by imparting knowledge in unique tactile and kinetic ways not possible through simply reading a book or listening to a lecture. Using AR, students can interact with chemical structures, anatomic models, and even complex manufactured goods like engines.

It can also simply help you plan how to arrange your furniture, overlaying a new couch onto your floor through the view from your phone’s camera.

Of note, sometimes the term mixed reality (MR) is used to describe any XR experience that is not fully real or virtual, and thus it includes AR.

By either transporting users to fully virtual spaces or augmenting real ones, XR presents unique opportunities for experiences outside of physical constraints. The purposes for doing so are far-reaching, including the following common applications: