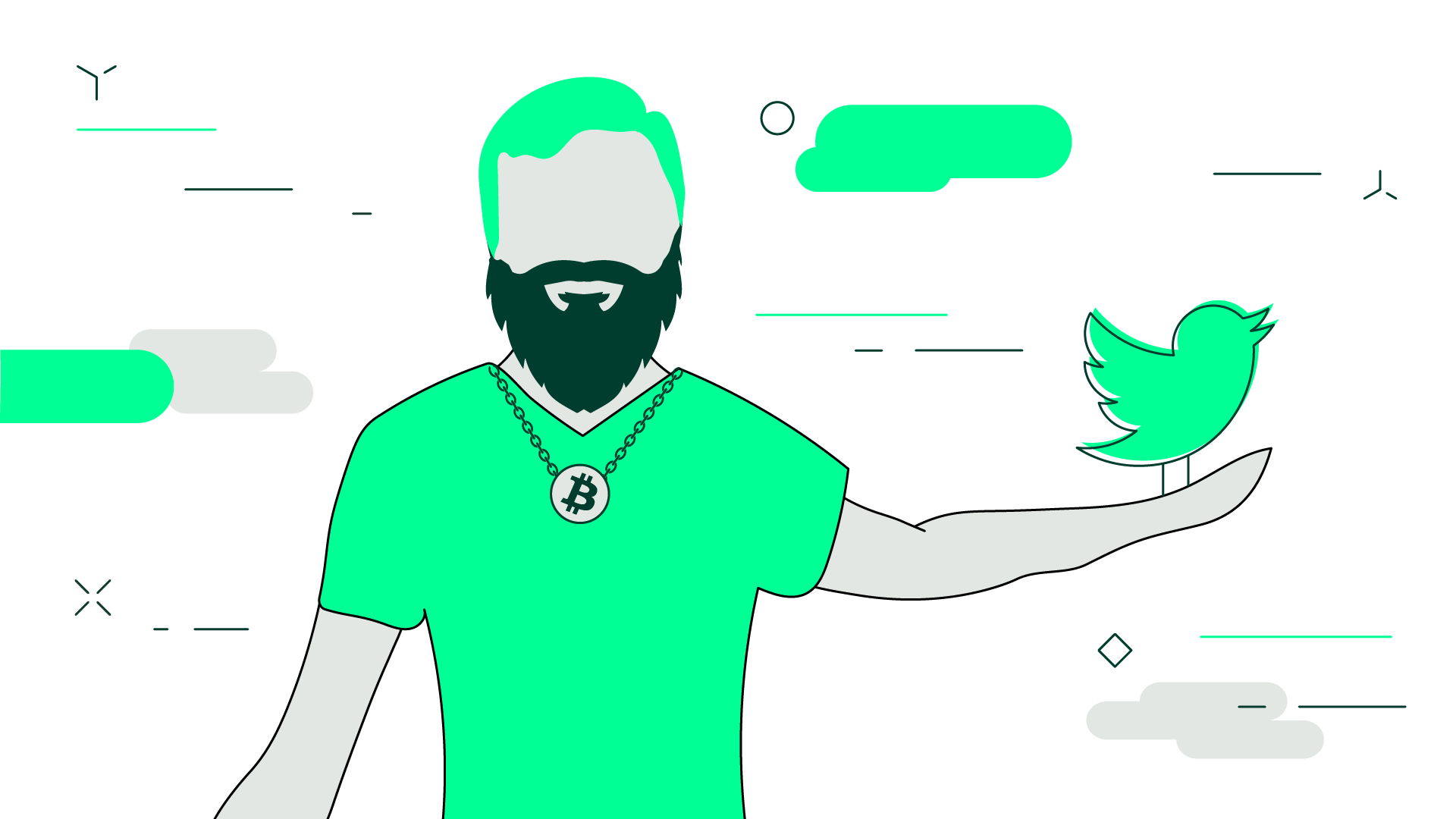 Dorsey is probably most known for being the co-founder and former CEO of Twitter. Dorsey left Twitter in November 2021 to follow his passion for Bitcoin and focus on Block, Inc. (formerly known as Square), a financial services company Dorsey also co-founded that offers bitcoin trading among other products.

Dorsey is an ardent evangelist for Bitcoin and his bullish fixation on the payment network has attracted investor interest and changed the way Block, Inc. does business. Bitcoin is now incorporated into most of Block, Inc.’s financial units including trading, payments, bitcoin mining, and a hardware wallet.

Known as a tech visionary and pioneer, Dorsey’s noted that the Bitcoin community’s principles inspire him and remind him of the early internet and believes Bitcoin will become the “native currency of the internet.” He has also praised Bitcoin’s potential to change the world from addressing inequality to bringing about world peace.

“Bitcoin changes absolutely everything,” Dorsey said at the Bitcoin 2021 conference. “I don’t think there’s anything more important in my lifetime to work on.”

Dorsey was involved with technology from a young age. At 14, he created a dispatch logistics open-source software that communicates with taxis in real-time.

Dorsey studied at NYU where he came up with the idea that would later become Twitter but dropped out one semester before graduating.

He moved to California to continue his work on the dispatching software as well as other projects, including networks of medical devices and a web-based short message/communication service (the foundation of Twitter).

Dorsey also co-founded Square in 2010. Square sold a small, square-shaped device that was inserted into the headphone jack of Apple and Android devices and acted as a mini credit and debit card reader. Two years later the payments company was valued at $3.2 billion dollars. In December 2021, Dorsey changed the name of the company to Block, Inc. to reflect the company’s investment in blockchain technologies and encompass their various businesses.

Role within the Bitcoin community

Dorsey first encountered Bitcoin in 2010 when he started Square, but he had seen online discussions since the whitepaper release in October 2008. His interest in the currency has expanded over the past few years, especially after a trip to Africa in 2019. With the limited capacities of traditional money systems and low resistance to new financial structures, he saw Africa as an untapped, underserved market ripe for the further development of Bitcoin. Dorsey’s enthusiasm for Bitcoin has wide-ranging implications for both his businesses and the future of the currency.

With Bitcoin, Dorsey sees an opportunity to replace the whole foundation of payment systems. At the Bitcoin 2021 conference, he stated that Bitcoin benefits the entire world because it is a currency that can be traded anytime, anywhere. He tweeted that Bitcoin is a long-term path towards greater financial access for all but concedes that a lot of work needs to be done around education and accessibility.

In early 2021, Dorsey and rapper Jay Z created a 500 bitcoin endowment to fund Bitcoin development in India and Africa.

Dorsey has also tweeted about the decentralized nature of the Bitcoin blockchain and how it could eventually replace banks and other intermediaries. This fits into his general dislike of corporate control. “No one individual or institution has any more power over Bitcoin than anyone else,” he tweeted. According to Dorsey, Bitcoin has a “protocol that is resilient to corporate interests.”

Block, Inc. and a focus on Bitcoin

Dorsey believes that the internet needs a native currency that can operate outside the normal hours of traditional finance. This is why Block, Inc. deals with Bitcoin, as Dorsey believes it is the most decentralized cryptocurrency in the world. Block, Inc. acquired $50 million in bitcoin in 2020 for its corporate treasury. Further, the company has made significant investments in the currency in recent years including a feature that allows users to buy and sell of bitcoin on Cash App, a mobile payment service, and a developer division called TBD that is building an open-source, decentralized platform aimed to further Bitcoin development.

Dorsey has been critical of other cryptocurrencies. In a tweet, Dorsey said that the Ethereum blockchain “has one, if not many, single points of failure” and was “not interesting to me.” He also has not made any investments in Web3 technologies and has criticized Web3, saying that it is actually a collection of entities who are not truly decentralized due to heavy investment from venture capital firms.

At the B word conference, a conference dedicated to raising awareness towards the Bitcoin network,  in July 2021, Dorsey participated in a panel with Elon Musk, the CEO of Tesla, and Cathie Woods, the CEO of Ark Invest, on Bitcoin as a tool for economic empowerment. Musk noted that he had been a proponent of Bitcoin for a long time, though he also owns ETH and DOGE.

In July 2022, Dorsey and TBD, the decentralized finance division of Block, Inc., released a presentation about their vision for Web5 as a decentralized web platform.

The platform will enable developers to make apps that grant individuals autonomy over their own data and identity. It combines elements of Web2 and Web3 (adding up to Web5) to create a new digital paradigm, with its monetary layer built on Bitcoin.