Crypto 101 Blockchain technology Crypto trading Bitstamp tutorials Security People profiles Cryptocurrency guide Crypto definitions Web3
Scalability is one of the biggest challenges to the growth and adoption of blockchain technology, but achieving it has traditionally involved tradeoffs in either decentralization or security, and sometimes both. Managing these tradeoffs is known as the “blockchain trilemma” (also called the “scalability trilemma”). 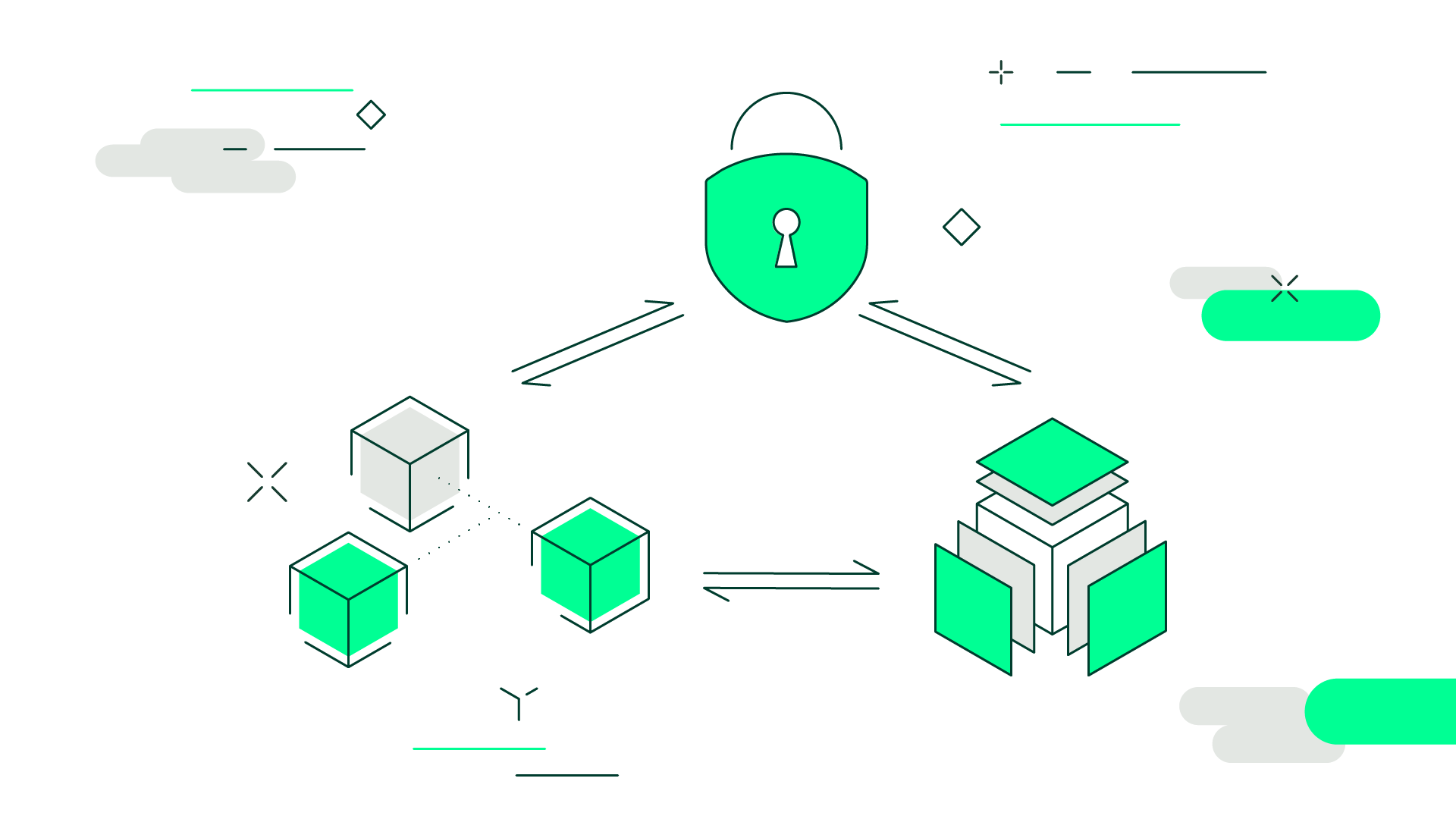 The term scalability trilemma was first coined by Vitalik Buterin to describe the inherent tension between three properties that a high-performing blockchain platform must have: decentralization, security, and scalability. The trilemma refers to the belief that blockchain platforms can only achieve two of these three goals effectively.

Decentralization is a core design principle of blockchain networks to help remove the need to rely on third parties for financial activity and instead facilitate peer-to-peer transactions. Unlike in the traditional financial system that relies on entities such as banks to maintain records of accounts and transactions, in a blockchain, this role is performed by a distributed network of computers, called nodes.

Nodes verify transactions and agree on the current state of the blockchain using a consensus model, such as proof of work (PoW) or proof of stake (PoS). Once transactions are verified as valid, they are added to a block (or a grouping of transactions) on the blockchain. A large network of independently-run nodes is generally a sign of a healthy, decentralized blockchain.

Decentralization is a key element of blockchain security, as the distribution of power across many nodes makes the network more resilient against attacks, such as a majority attack (also known as a 51% attack). However, other factors also play into blockchain security, ensuring that nobody can manipulate the ledger or coin issuance. These differ depending on whether the blockchain uses PoW or PoS protocols.

The PoW protocol requires miners to expend computing resources to verify transactions and add them to blocks on the blockchain, earning crypto rewards for doing so. The requirement for miners to invest resources in the form of energy and mining equipment is designed to ensure that they have sufficient “skin in the game” to act in the interests of the network rather than attack it.

The PoS protocol works differently. Rather than invest in energy and external resources, PoS requires that nodes stake a minimum amount of the platform’s native cryptocurrency to participate in block validation and earn rewards in return. If a node fails to act in the interests of the network, then part (or all) of its stake may be forfeited as a penalty, diminishing the rewards earned. In this case, nodes have a direct financial stake in maintaining blockchain security.

Decentralization and security play together to ensure that the blockchain remains resilient against potentially crippling attacks. Oftentimes, however, this comes at the cost of scalability, or the ability for a blockchain’s capacity to grow.

For example, PoW systems are built to maintain a constant block time (amount of time it takes to create a new block) regardless of how much computing power is on the network. The process does not change, regardless of the number of people using the blockchain, which might impact the blockchain’s ability to support the increased volume of transactions.

Scalability solutions generally focus on ways to increase transaction throughput without compromising on decentralization or security. The Bitcoin community has debated ways to increase scalability of the network over the years, which has resulted in several forks of the blockchain.

One proposed method was to increase the amount of data that can be stored in a block, but attempts to implement such changes in Bitcoin were contentious. In August 2017, the Bitcoin community became divided over a proposed upgrade called SegWit that would reduce the “weight” of transactions in a block. Some opposed the upgrade and instead proposed to increase the block size from the 1MB limit defined in Bitcoin’s original code. However, larger blocks make full nodes more expensive to operate, increasing the barrier to entry to operate a node and effecting decentralization.

The disagreement resulted in a blockchain split known as a hard fork, which produced Bitcoin Cash, a version of Bitcoin with a larger block size, and allowed Bitcoin to accept the SegWit upgrade. In subsequent years, the block size debate would go on to cause further splits among the Bitcoin Cash community.

A lack of scalability has an impact on user experience, as it can result in long transaction times and high fees during periods of peak network activity when the limited bandwidth is in high demand. Ultimately, a lack of scalability compromises the usability and accessibility of a blockchain network, limiting the prospects of adoption.

There are no quick and easy fixes for the blockchain trilemma. However, there are now several approaches working to mitigate the tensions between decentralization, security, and scalability. Broadly, they fall into two categories – off-chain processing solutions and sharding solutions.

Off-chain processing refers to moving transactions off the main blockchain as a way of easing congestion and competition for limited block space. Some use cases for blockchain, such as gaming, involve high-frequency transactions for low-value sums, which can be performed outside of the main chain.

Layer 2 protocols act as a scalable workaround by allowing applications to bundle transactions for high-speed processing while periodically settling account balances on the main blockchain. Some examples are Arbitrum or Optimism for Ethereum or the Lightning Network for Bitcoin.

Layer 2 platforms may make trade-offs in security or decentralization to achieve scalability. For example, a Layer 2 that relies on a small group of validators to verify transactions introduces the risk of a majority attack at the Layer 2 level. As a result, some Layer 2 platforms have previously been targeted by hackers.

Sharding involves partitioning the blockchain into segments as a way of enabling parallel processing and thus, higher transaction throughput. Sharding is the scaling method chosen by Ethereum and is being implemented as part of a multi-year roadmap. However, sharding introduces new security considerations, as each segment, or shard, is more vulnerable to a 51% attack.

Thanks to its newly introduced proof of stake algorithm, Ethereum is able to solve the issue of validators colluding to attack single shards. Once sharding is live, when a validator stakes their ETH, it will act as a trigger point for the random assignment of a shard. This degree of randomness and inability to choose a shard to validate makes coordinating an attack virtually impossible.