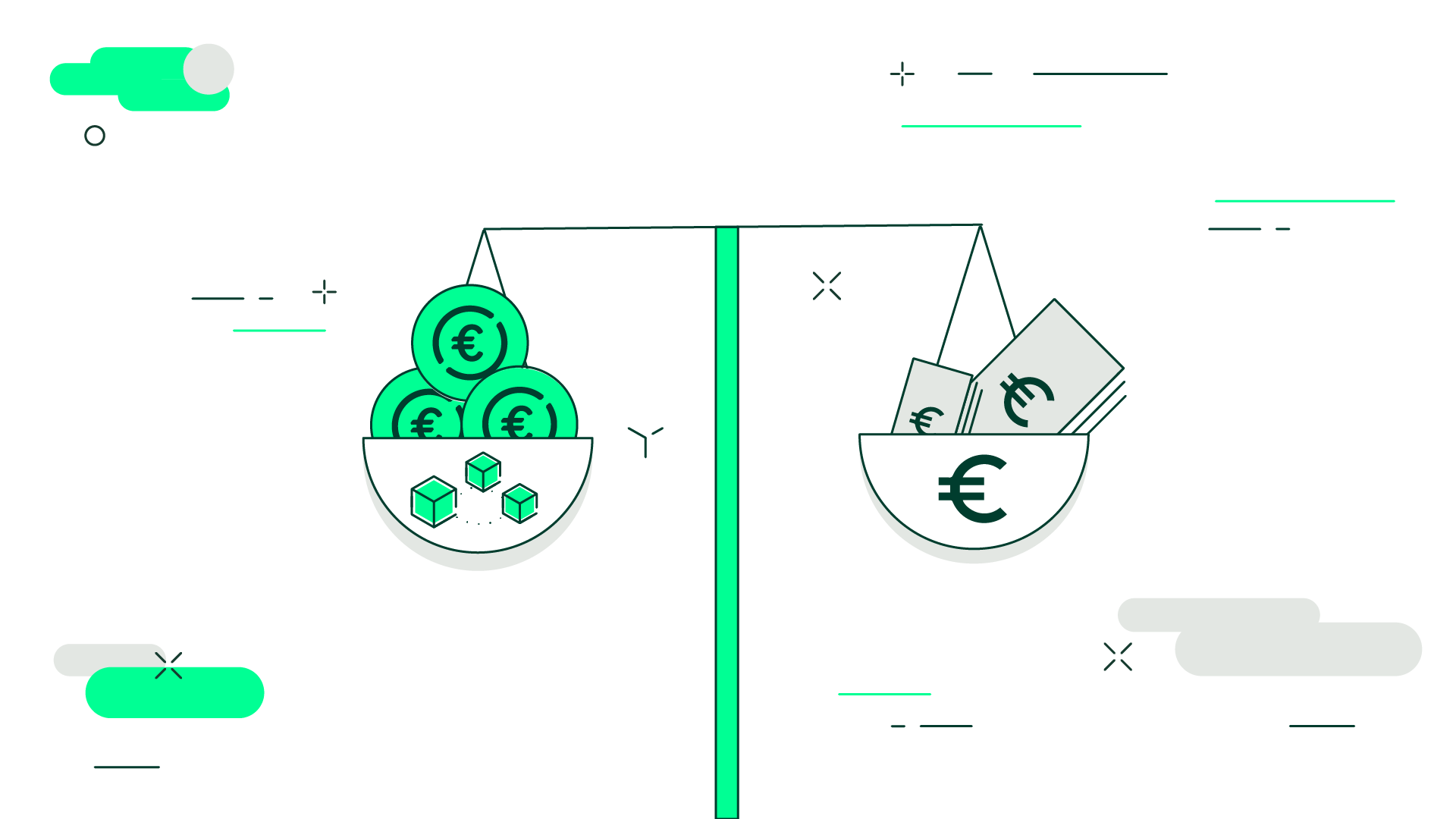 Stablecoins are used by crypto holders to approximate holding fiat currency while remaining in the cryptocurrency markets. They make for ideal trading pairs with other digital assets that have significant price volatility—both on centralized and decentralized exchanges. Among the most popular by market capitalization is USDC, a stablecoin linked (or pegged) to the value of the US dollar.

Like other stablecoins, Euro Coin (EUROC) is built as a token on an existing blockchain—in this case Ethereum—and all EUROC in circulation is backed 1:1 by euros held by the company. This means that each EUROC is always redeemable for one euro.

By offering a stablecoin tied to the euro, Circle makes it easier for traders to find a stable digital asset that tracks the value of the euro.

How was Euro Coin developed?

EUROC is issued by Circle, a payment technology company that was founded in 2013 by Jeremy Allaire, CEO, and Sean Neville. In 2015, the New York Department of Financial Services issued its first “BitLicense” to Circle, helping them develop digital asset services in the state of New York.

Although Circle’s initial aim was to build technology for peer-to-peer fiat payments, it also offered other cryptocurrency offerings. This included a cryptocurrency wallet and a digital asset investment platform which was ultimately sold.

However, Circle decided to ultimately focus on its stablecoin business. USDC was launched on the Ethereum blockchain in 2018 and began competing with other US dollar stablecoins like Tether. It has since been established on multiple other blockchains including the BNB Chain, Polygon, Avalanche, and Solana.

Euro Coin was launched by Circle on the Ethereum blockchain in June 2022, introducing a new stablecoin into its portfolio. EUROC quickly gained traction and grew to a market cap to over €25 million by January 2023.

How does Euro Coin work?

Stablecoins maintain a constant value—their peg—using a variety of different approaches. They can be backed by commodities like gold or silver, by other cryptocurrencies, or by algorithms that maintain their value.

EUROC is a cash-collateralized stablecoin, meaning that Circle maintains an equivalent value of real-world assets as the total EUROC tokens issued, held in the custody of leading financial institutions. The company’s holdings are also reviewed monthly by Grant Thornton LLP, a leading third-party accounting firm, to provide assurance that EUROC remains fully backed by euros or euro-denominated assets. This latter category can include low-risk, liquid investments such as government debt (e.g., short-term Treasury bills) and certificates of deposit.

How is the EUROC token used?

EUROC can be traded on centralized and decentralized exchanges against other cryptocurrencies like Bitcoin and Ethereum. EUROC represents a stable asset whose value remains predictable, helping investors hold their funds in a stable currency during periods of high market volatility.

EUROC is an ERC-20 token hosted on the Ethereum blockchain, allowing traders to both swap their digital assets for EUROC on a wide-range of Ethereum DEXs, and use it in a variety of Ethereum-hosted decentralized applications (dapps). This provides the opportunity for seamless peer-to-peer transfers and decentralized finance (DeFi) access without the need for interactions with the fiat system.