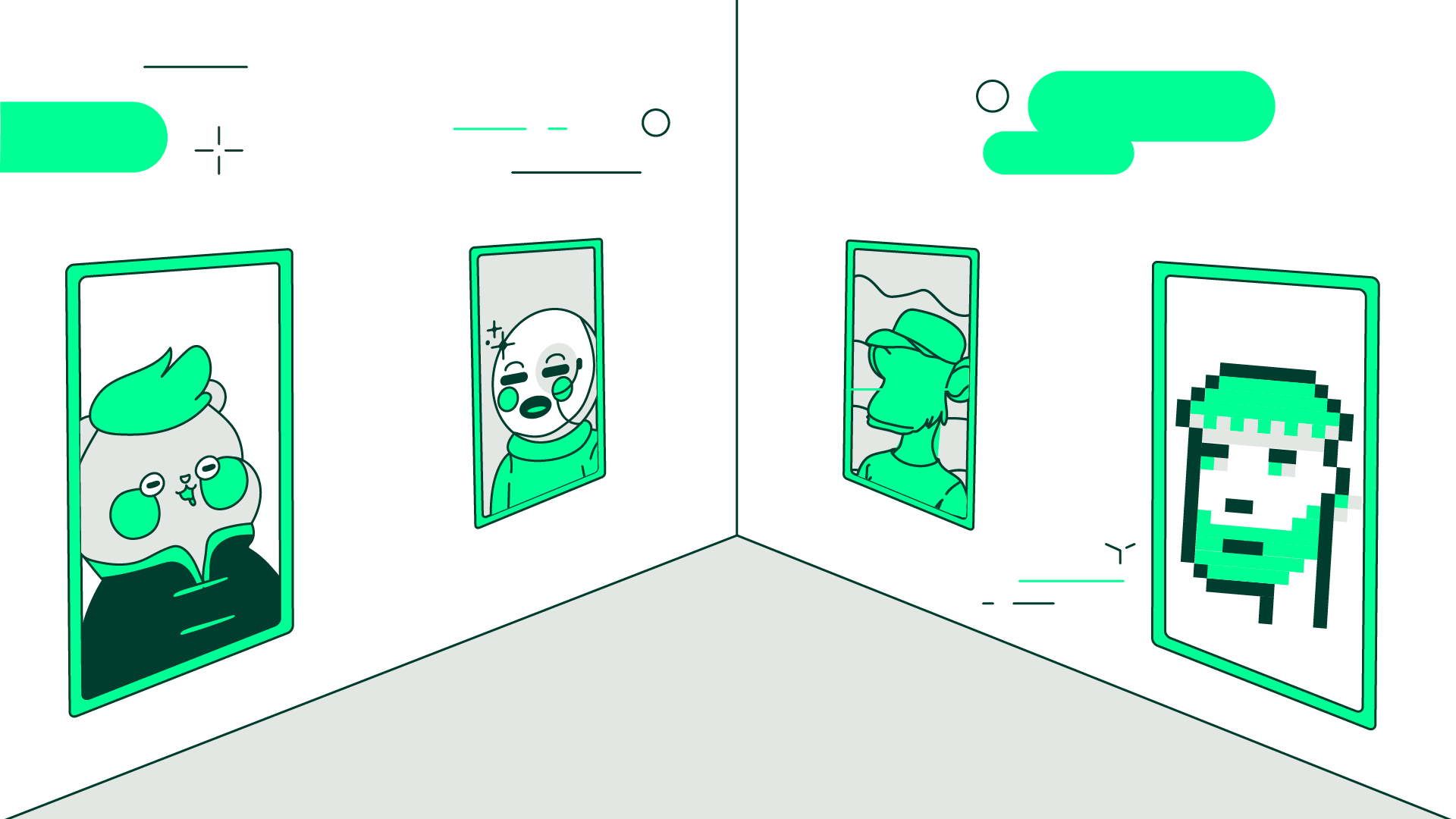 In October 2017, Axiom Zen launched the first-ever blockchain game on Ethereum called CryptoKitties. It was designed to test the potential of a new type of token, called a non-fungible token, or NFT. NFTs are one-of-a-kind tokens with unique attributes that can be tagged to digital items like images or audio files, introducing the concept of digital scarcity. CryptoKitties harnessed this feature to allow users to “breed” cartoon cats with distinct traits. It became an instant viral hit.

Based on the success of CryptoKitties, developers Devin Finzer and Alex Atallah saw the need for a marketplace that would allow anyone to trade any Ethereum-based NFTs. By December 2017, they’d launched the beta version of OpenSea, a peer-to-peer NFT marketplace, where anyone could trade NFTs representing digital art, collectibles, photography, music, domain names, trading cards, and more.

2021 was a breakout year for NFTs, with sales rising 21,000% to reach $17.6 billion. As the first mover in the field of NFT marketplaces, OpenSea was the largest beneficiary, accounting at times for nearly 90% of the total market. The platform’s market share has since declined thanks to the emergence of competition such as Ethereum’s LooksRare, or even MagicEden, an NFT marketplace launched specifically for NFTs minted on the Solana blockchain.

OpenSea remains one of the largest NFT marketplaces by market share. It’s also one of the enduring success stories of the 2020-2021 bull market, having reached a valuation of $13.3 billion in January 2022, and drawn funding from high-profile investors, including Tim Ferriss, Ashton Kutcher, and Mark Cuban.

Features and functions of OpenSea

OpenSea offers the most extensive choice of NFTs from a number of blockchains and has been used for trading some of the best-known collections, including art by renowned digital artist Beeple, music from The Weeknd, collectibles like Bored Ape Yacht Club, virtual real estate in Decentraland, and the original NFTs – CryptoKitties.

Anyone can browse available NFTs and collections without needing to connect a wallet. By default, collections are organized into categories, such as art, photography, or collectibles, but it’s also possible to search for a specific item or collection. There is also a calendar to check when upcoming NFT collections are released, known as a drop.

OpenSea is non-custodial, meaning all transactions occur between sellers and buyers, and the platform doesn’t take custody of any assets involved. Users must connect a crypto wallet to buy, sell, trade, or create NFTs on OpenSea.

The platform is built using a set of Ethereum-based smart contracts called the Wyvern Protocol. When a buyer initiates a transaction, the smart contracts execute the sale automatically, transferring the crypto payment and NFT between wallets in a single transaction. OpenSea deducts a 2.5% commission from each sale, and the buyer may be asked to cover a network fee.

Along with NFT trading, OpenSea also offers a gas-free minting feature, allowing anyone to launch their own collection, or mint their own digital art, without needing to pay network fees.

When it first launched on Ethereum, OpenSea could only support Ethereum-based NFTs. Over recent years, it’s expanded to include support for NFTs minted on other blockchain platforms, including Polygon, Klaytn, Arbitrum, Avalanche, BNB Chain, Solana, and Optimism.

Minting on OpenSea is executed with marginal transaction costs via Polygon, an Ethereum-compatible layer 2 chain that’s designed for high scalability with a fraction of Ethereum’s fees. The platform also supports all major crypto wallets, including MetaMask, Coinbase Wallet, Ledger, and Phantom, among others.

As one of largest and most popular NFT marketplace, OpenSea offers several advantages to users, such as having the largest NFT collection of any marketplace, including some of the most popular collections. OpenSea’s expansion to include support for NFTs issued on multiple blockchain platforms is also a significant advantage, as it makes OpenSea more attractive to a broader array of users.

OpenSea’s 2.5% seller fee is competitive compared to other NFT marketplaces, some of which charge fees as high as 15%. Further, unlike centralized marketplaces such as eBay, which operate tiered structures, OpenSea’s fee structure is flat, transparent, and easy to understand. OpenSea also doesn’t charge any listing fees.

In the developing Web3 space, user experience can often be an afterthought, but part of OpenSea’s success has been attributed to its interface, which is generally found to be intuitive. Once a user has a crypto wallet, they can start buying or minting NFTs within a few minutes.

Since NFTs are programmable assets, it’s also possible to apply creator fees to NFTs, enabling the issuer to collect royalties from sales on the secondary market. Although NFT creator royalties have gone through many debates and controversies, OpenSea has long been an advocate of the practice. The platform has even previously honored royalties set by creators on secondary NFT sales, even where they aren’t enforceable on-chain.

OpenSea’s position on creator royalty has been largely welcomed by creators; however, some traders object to the additional costs of creator fees. OpenSea has seen its market share decline due to the emergence of rival marketplaces which compete on their policy of not supporting creator fees.

Throughout OpenSea’s remarkably rapid growth, the platform has been involved in several controversies and security incidents.

In February 2022, OpenSea was hacked, and hundreds of NFTs (worth around $1.7 million) were stolen. In May of that year, the company’s Discord channel was hit by a phishing attack where malicious links invited users to connect their crypto wallets. Only weeks later, it emerged that a third-party supplier to OpenSea had leaked a list of customer email addresses, potentially exposing them to phishing attacks.

Most recently, OpenSea users were targeted by an elaborate phishing campaign, where users would purchase seemingly legitimate NFTs. These NFTs would then require the users to visit external websites to complete the minting process, which involved extracting valuable data such as passwords and digital signatures.

In September 2021, OpenSea fired its Head of Product after allegations emerged that he had been manipulating the market for NFTs by buying items before they were listed and then selling them at a profit once OpenSea had promoted them. He was later charged with wire fraud and money laundering in connection with the scheme.

As with any other decentralized or web3 project, the same stringent security considerations should be applied when using OpenSea. These include: protecting email addresses and user accounts with two-factor authentication wherever possible, changing passwords regularly, and treating unsolicited emails or social media messages as spam. Additionally, security best practices for crypto include never sharing private keys with anyone.