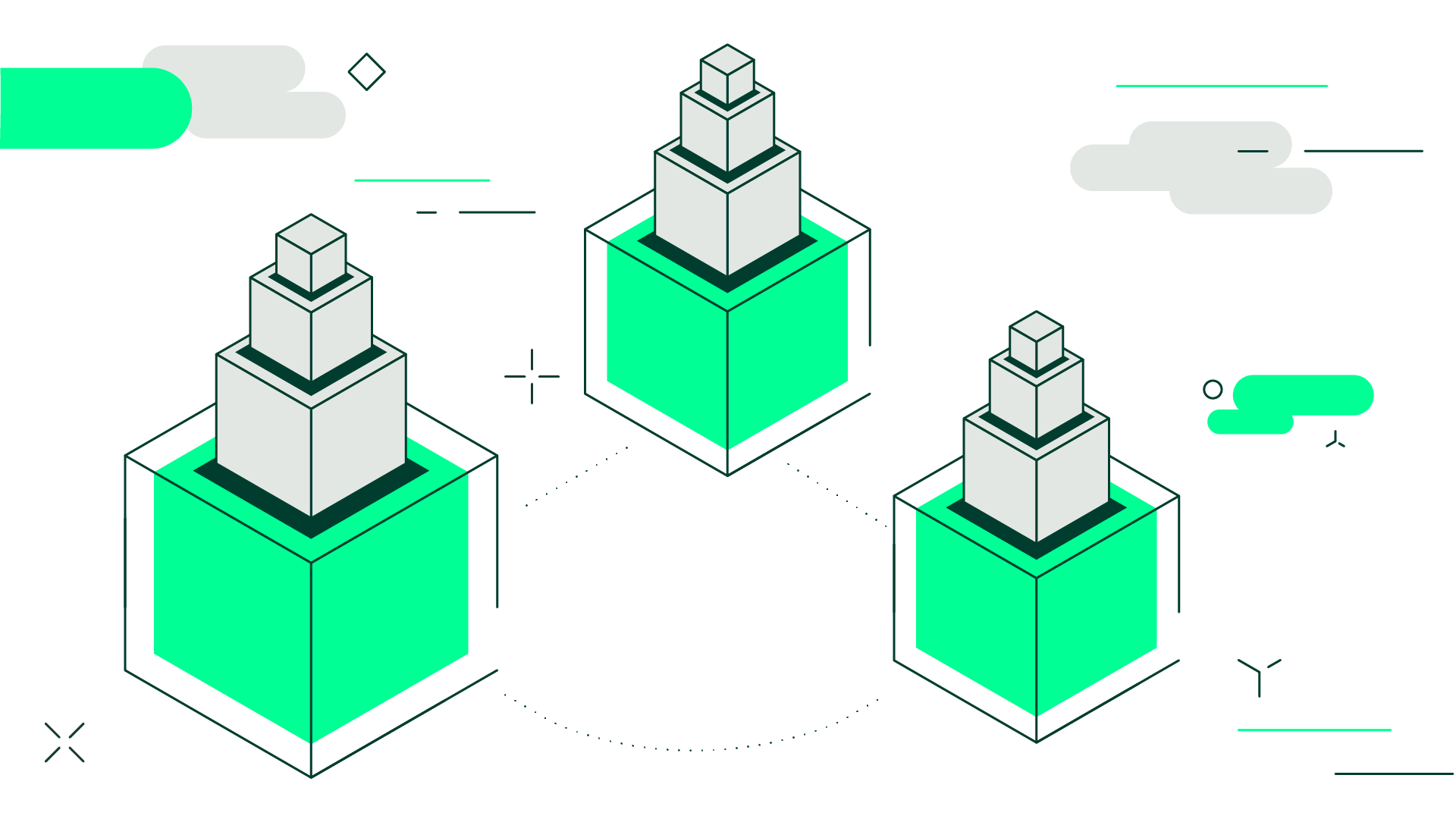 Although the many L1 chains approach the challenges of building blockchain networks differently, they all share the foundations that enable the many functions crypto serves—from currency to decentralized applications and beyond.

Bitcoin was the first L1 blockchain, although it was not called an “L1” at the time because it was the only layer. With the introduction of Ethereum came the establishment of blockchain as the technology powering smart contracts. As they increased in popularity, it became clear that these single blockchains may not be able to scale, or efficiently handle the load of increased use. Scaling solutions were then built “on top” of the foundations they provided.

The majority of the most familiar blockchains are all layer 1 chains. Examples include Bitcoin, Ethereum, Avalanche, and Cardano. These all share certain features that define them as layer 1 chains.

The individual units of the blockchain—blocks—are produced by miners (or validators) and recorded on the network’s layer 1 chain.

Blocks are data structures which contain a reference to previously generated blocks in a chain and information about a number of new transactions. This creates the public ledger that we know as blockchain, allowing every transaction to be recorded and accounted for.

Transaction finality is the assurance that a transaction cannot be changed or undone. It is the point that a transaction is recorded in an irrevocable state on the chain, and the amount of time this takes can vary depending on how a blockchain is designed. Although transactions can be processed on other layers or chains, the only place that they can be finalized is on the L1 blockchain.

Cryptocurrencies that are used to pay transaction fees and reward miners/validators on L1 blockchains are called coins (like BTC, ETH, ADA, and DOGE) and are necessary for the functioning of the L1 chain. Conversely, those that power decentralized networks and apps built on a L1 are called tokens (like UNI, DAI, LINK, and SAND).

An L1 chain defines the parameters that are responsible for the security of a network. This includes which consensus mechanism a chain uses (e.g. Proof of Work, Proof of Stake) and the rules that dictate how validators interact on a network. Although other blockchain layers may provide some security measures, L1s are the final word in ecosystem security.

What is the main limitation of layer 1?

Layer 1 blockchains aim to provide the essential functions of a blockchain. The primary goal of any blockchain is to optimize decentralization, security, and scalability. However, this balance is a hard one to strike, and this is why the concept of achieving all three is called the blockchain trilemma.

Early L1 chains (namely Bitcoin and Ethereum) prioritized decentralization and security, at the cost of the networks’ ability to scale with increased adoption. This has inspired L1 developers to either modify their designs to prioritize scaling or work on other solutions “off-chain.”

There are a limited number of ways that L1 chains can improve scaling by adapting their native architecture. These include:

How do other layers relate to layer 1?

Because of L1 limitations, developers have sought to improve on the blockchain design by adding architecture under the L1 chain (layer 0) or on top of it (layers 2 and 3).

Layer 2 solutions (L2) are platforms that generally improve on the functions (usually scalability) of layer 1 technology. L2s are typically built on top of L1 chains, and often require users to transfer their assets from the main chain to the L2 chain through a bridge.

Layer 2 solutions can be their own blockchains, while borrowing the security of their dedicated L1 network. L2s process transactions outside of the L1 network (“off-chain”) and communicate those transactions to the L1 chain which finalizes them. This allows for more rapid transaction processing and reduces fees for users.

The two main types of L2s are zk-rollups and optimistic rollups. Both bundle (or “roll up”) many transactions together and submit them as a single data packet to the main chain. They differ in how trust is embedded into the system. In zk-rollups (like Loopring), complex calculations called zero-knowledge proofs are used to assure transaction validity. In optimistic rollups (like Optimism and Arbitrum), validity is assumed and can instead be challenged by validators through a dedicated process called fraud proofs.

The definitions of layer 0 (L0) and layer 3 (L3) are even less clear. However, the concepts are just as important to the crypto space.

Layer 0 (also known as the social layer) comprises the people who make up the crypto community—everyone from developers to end-users. It also includes the shared trust and vision within that community. By this definition, L0 underlies the building of—and participation in—all blockchain networks.

The term L0 is also used to characterize blockchains that underpin other blockchains. These include Polkadot and Cosmos, both of which provide platforms and security for multiple, interconnected, application-specific L1 chains.

Layer 3 is usually considered to be where blockchains interact with each other, or the interoperability layer. Examples of this include Cosmos’ Inter-Blockchain Communication (IBC) protocol and Ripple’s Interledger Protocol (ILP). The term L3 has, however, also been used to describe additional scaling solutions built on top of L2.