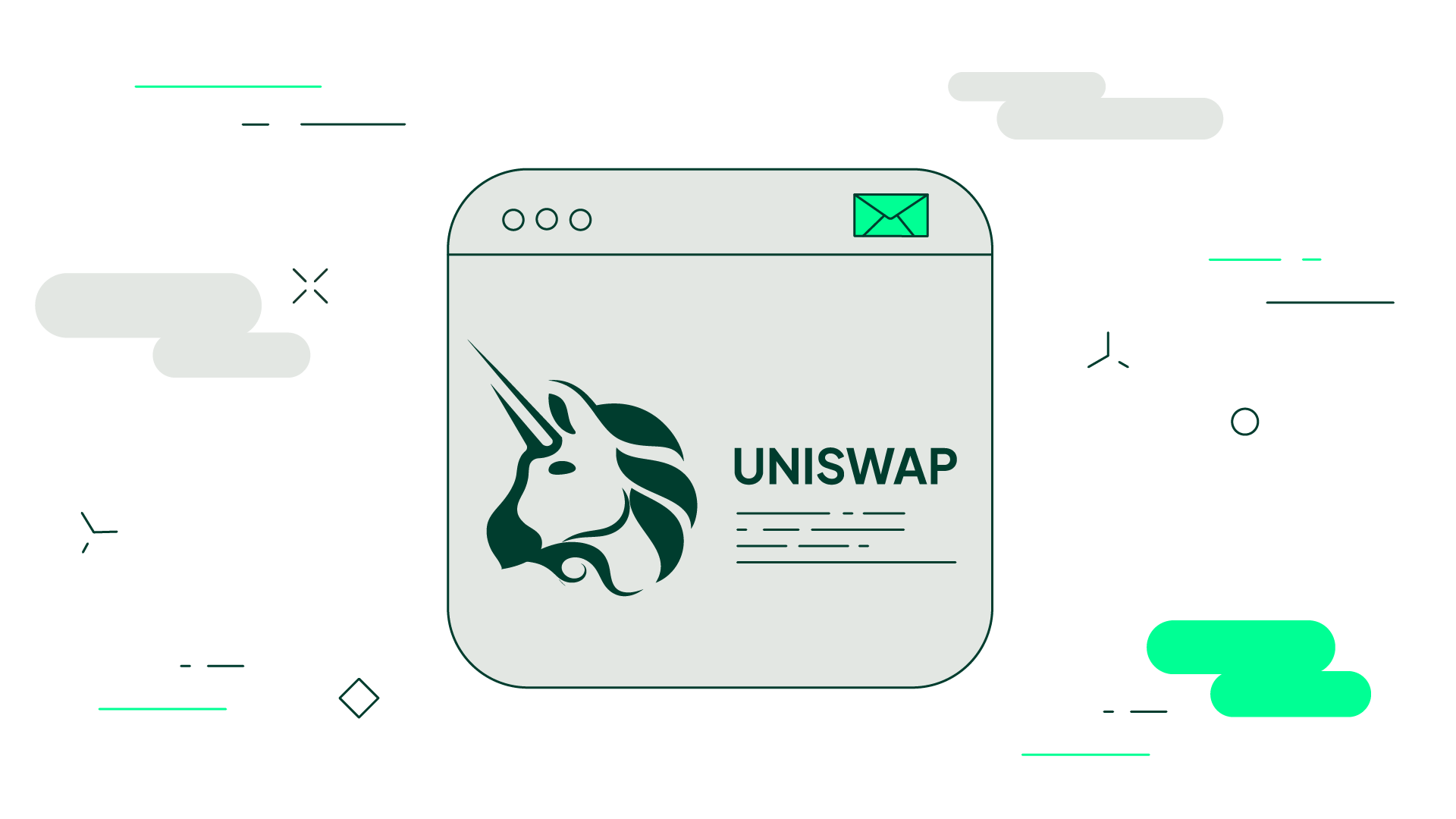 Uniswap was the first decentralized exchange (DEX) to successfully use an automated market maker (AMM) model to enable trustless trading of digital assets. Users can “provide liquidity” by depositing their crypto into Uniswap’s pools of paired digital assets. These liquidity pools then serve as resources for other users to trade against, making it possible to swap one token for another with minimal fees, fast performance, and trustless execution.

Although many DEXes have been developed since, Uniswap has enjoyed a first-mover advantage. At the cryptocurrency market’s 2021 peak, Uniswap had over $10 billion in total value locked (TVL) in its protocol. It has been deployed on Ethereum and its various layer 2 solutions (L2s) like Arbitrum, Optimism, and Polygon.

UNI is an Ethereum-based ERC-20 token that is used by Uniswap’s community to vote on governance proposals and make changes to the protocol.

How was Uniswap developed?

Uniswap was created by Hayden Adams, who first began coding Ethereum smart contracts after being laid off from his role as a mechanical engineer at Siemens in 2017. He started working on an early AMM protocol based on descriptions by Ethereum creator Vitalik Buterin. (In fact, the project was originally named “Unipeg,” and Buterin himself was the one to suggest “Uniswap” as an alternative.)

There have been two major updates to the Uniswap protocol since its initial release. Uniswap v2 was released in May 2020 and introduced several features including a new way to track crypto prices and a new front-end interface. Uniswap v3 launched one year later, further improving some of the features introduced in v2 and adding the functionality of concentrated liquidity (details below).

Uniswap is continuously being maintained by Uniswap Labs, led by Hayden Adams as its CEO. Some of the original funding for the project came from an Ethereum Foundation grant, but in the ensuing years it has relied primarily on funding from private venture capital firms. In October 2022, Adams announced a $165 million funding round with participants such as Polychain Capital, Andreessen Horowitz, and Paradigm.

How does Uniswap work?

Traditional market makers use order books, which are lists of “buy” and “sell” orders compiled according to price. When a buyer and a seller agree on a price, the market maker facilitates the trade between them.

As an alternative to an order book, Uniswap uses a series of smart contracts to generate an automated market maker (AMM). Instead of making swaps with other traders’ orders, users of an AMM trade against liquidity pools (LPs) that contain paired crypto assets. There are two basic users of an AMM:

For instance, if a swap results in DAI being deposited into a pool and ETH being withdrawn, then the price of DAI adjusts down while the price of ETH increases. Arbitrage traders take advantage of small differences in asset prices across markets to keep these relatively stable and accurate.

Previous versions of Uniswap required users to provide liquidity across theoretically infinite prices of a crypto pair. For instance, the majority of trades for a stablecoin happen in a tight range between $0.99 and $1.01, meaning liquidity providers would “waste” their capital by providing liquidity outside of this range.

Therefore, Uniswap v3 introduced the concept of concentrated liquidity. This allows users to define a range of prices (e.g. $0.99 to $1.01 in the above example) to which they provide liquidity. They collect more fees when swaps happen within that range—which is most of the time—and increase their capital efficiency, or relative yield generated by their investment.

Other features: oracles and NFT trading

In June 2022, Uniswap acquired Genie, an NFT marketplace aggregator, which allows users to trade NFTs on the Uniswap platform in November 2022.

How is the UNI token used?

The UNI token is used to govern the protocol through voting on proposals, setting fee structures for liquidity pools, deciding to launch the protocol on alternate networks such as L2s, and determining how to spend funds in Uniswap’s community treasury (which amounted to just over $2 billion in December 2022). UNI can also be delegated by users to other parties to vote on their behalf.

In September 2020, Uniswap announced its launch of UNI, with a total supply of 1 billion UNI tokens. Of these, 60% were allocated to the community, including a 400 UNI “airdrop” that could be claimed by anyone who had ever used Uniswap v1 or v2, worth approximately $1400 at the time.

Another 21.3% of the supply was allocated to the project and its founders, 0.7% to advisors, and 18% to investors. All tokens distributed to these latter groups were set to undergo a 4-year vesting schedule through 2024.

After all tokens are released into the circulation in 2024, there will be a perpetual inflation rate of 2% per year, increasing the total supply by 2% annually.